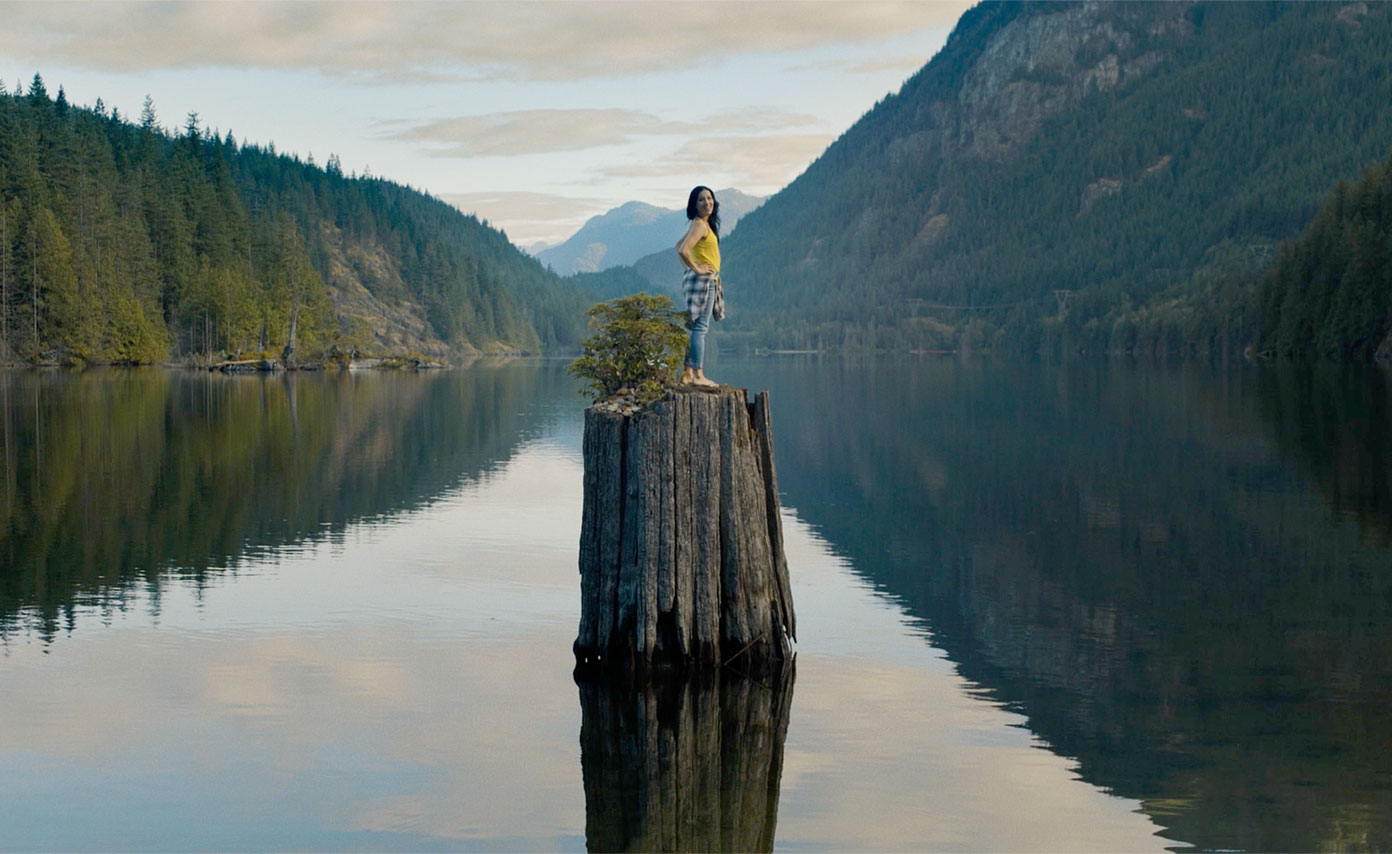 Did you know that Canada is the world’s greatest playground for RVing? Our sweet new Mythbusting Series can fill you in. Go watch and we’ll wait right here!

Now that you’re up-to-speed on how to get started on RVing in Canada, we’ll tell you the best places to stop for scenic and stellar photo opps along the way.

Tofino, British Columbia
Island life is the best life, right? There’s a reason why there are nearly half a million posts tagged #tofino on Instagram. Tofino, British Columbia is a small town along Vancouver Island’s beautiful west coastline. Come for the camping, stay for the ocean views and adventure. Surfing and storm watching are local favourites!

Stawamus Chief, British Columbia
Another BC location that is a photo opp of a lifetime: Stawamus Chief outside Vancouver. The Sea to Sky Highway is a hike you won’t want to miss if you’re RVing in the area. The view from the top is one of the best in Canada—you can’t go wrong with turquoise water and mountain peaks!

Moraine Lake, Alberta
Sure, Lake Louise is gorgeous, but have you heard of the neighbouring Moraine Lake? The road to this turquoise water is only open during camping season (perfect for us!).
This location is becoming a photographer favourite for engagements, weddings and elopement shoots, but there are plenty of adventurers around, too. Arrive early to beat the crowd—parking fills up fast!

Drumheller, Alberta
Want to take a walk on Mars? You don’t have to go far! Drumheller, Alberta offers photo opps unlike anywhere else. The hoodoos of the badlands are best explored early in the morning and into the evening for stunning golden light.

After you’ve snapped enough pictures, check out the dinosaur demonstrations scattered throughout the park. They don’t call this place “The Dinosaur Capital of the World” for nothing! The best part? On-site camping!

Kenosee Lake, Saskatchewan
Saskatchewan has a reputation for how flat most of it is, but all that prairie land has its perks! Sunrises and sunsets are twice as good as the rest of Canada with nothing blocking the horizon.
Kenosee Lake, specifically, brings campers from all over looking to indulge in lake life for the summer. Don’t forget your camera when golden hour rolls around!

Thunder Bay, Ontario
Get outside and explore Thunder Bay! Photo opportunities here include rolling hills, pink sunsets and gorgeous shots of the giant who sleeps out in the bay. There are lots of family-friendly adventures in the area as well – including Canada’s longest suspension bridge, ziplining and hiking.

Muskoka, Ontario
Bring your camera when you explore lake country—everywhere in Muskoka is a photo opp with nature! Ontario’s blue-green hues might be a bit different from those in the western provinces, but they are every bit as beautiful. RVers love camping in Ontario because there are so many options for places to stay and play.

Outaouais Region, Quebec
The Outaouais Region in Quebec is perfect for exploring if you’re into both nature and human history! This land was some of the first in Canada for settlers to arrive, so there are plenty of old buildings – some still in working condition and some abandoned – great for unique photos on your road trip.

Tignish, Prince Edward Island
We’ve said it before and we’ll say it again – island life is the best life! Explore Prince Edward Island in your RV if you like swimming in the ocean and documenting your adventures along the way. Tignish, PEI is a small town that packs lots of local heritage. It’s also the beginning of the Confederation Trail — with over 1,600 geocache sites!

Anywhere in Nova Scotia
You need a photo with a lighthouse and an old fishing boat at least once in your life! Head to Nova Scotia for both of those, plus some great sea food too. And don’t get us started on the starry skies at night! This is a province you need to visit.

Cupids Harbour, Newfoundland and Labrador
Cupids Harbour is the site of the oldest British colony in Canada! The colourful buildings in this area (and plenty others in Newfoundland!) are great backdrops for eye-catching Instagram photos. The harbour is a must-photograph, too.