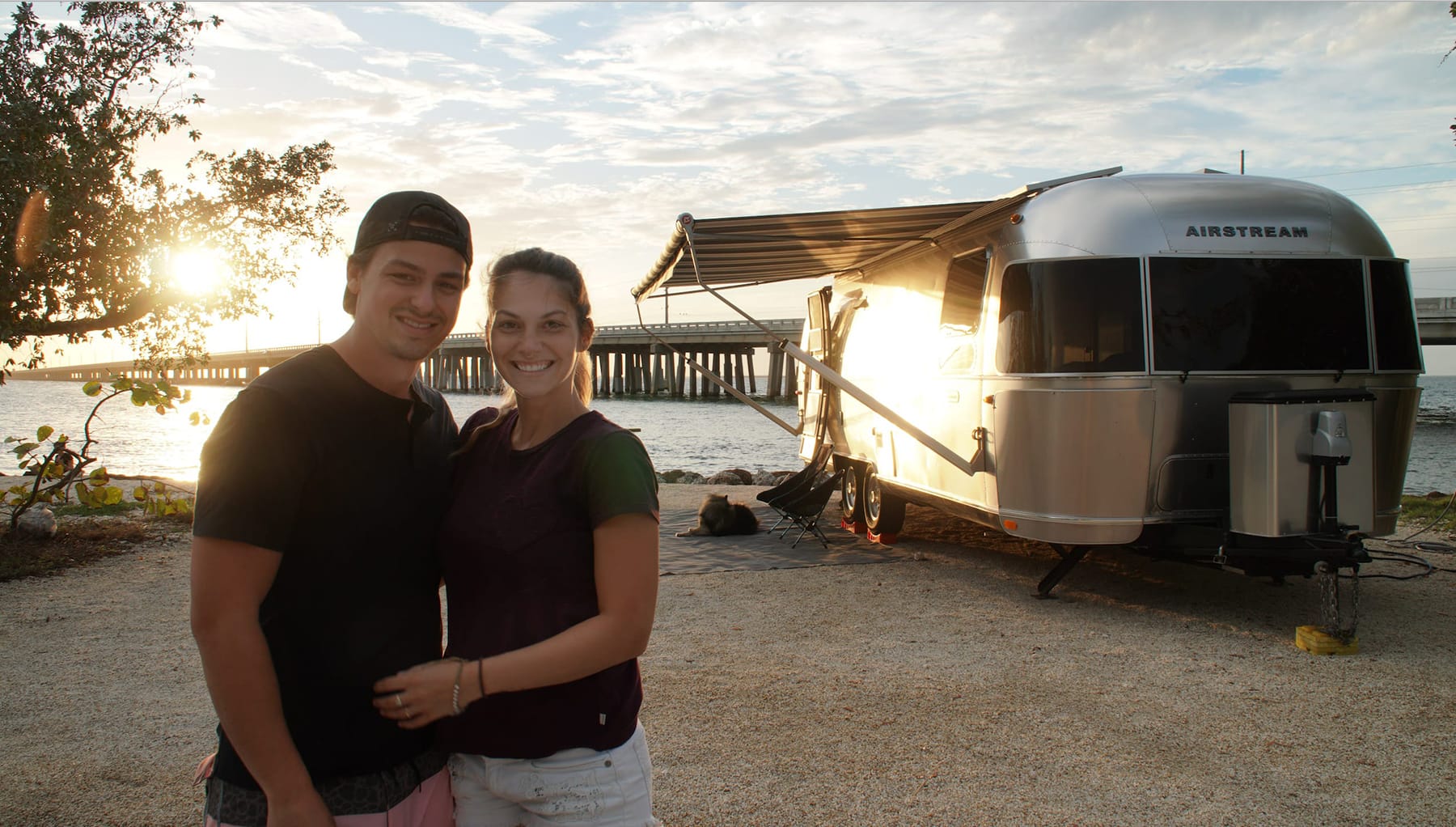 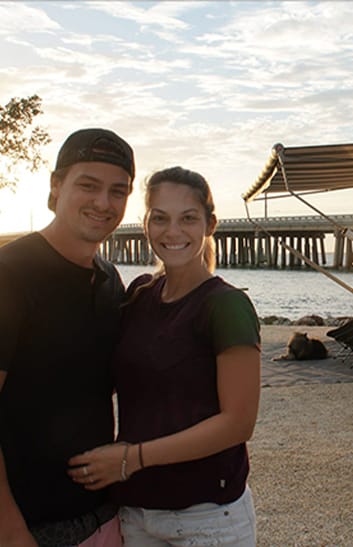 Last November, we decided to spend the winter in Mexico aboard our Airstream travel trailer. The original plan was to travel from east to west across the southern United States, from Florida to California. We were at our first stop of the road trip, in Nashville, to take advantage of the many live music shows on Broadway, when we checked the weather for our next destination. The weather forecast was cold and rainy… As we were leaving Quebec (which had been very cold and snowy in November), we were hoping for warmer temperatures and beautiful beaches. 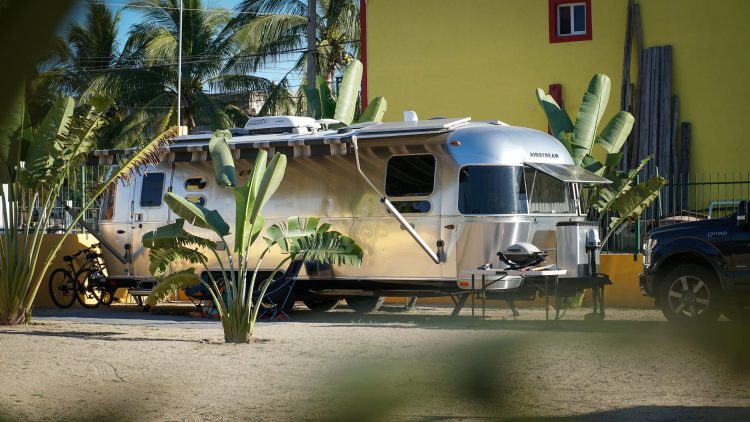 At this time, I asked Valerie ‘’Why don’t we spend the winter in Mexico instead ?’’. She was a bit reluctant to the idea … ‘’ Isn’t it dangerous in Mexico, Ale ? Are we going to be able to bring the Airstream there?’’ I had done my research and spoke to several internet friends in order to understand how driving to Mexico with an RV works. I learned that not only was it possible and safe, but also to remember that Mexicans are welcoming and generous people. It didn’t take much to convince her. On December 7th, we crossed the Mexican border and headed towards our first stop, the small town of Saltillo.

As soon as we arrived south of the border, it immediately confirmed everything we heard about Mexican culture.  Everyone was in great spirits.  The positivity rubbed off on us. That, along with the omnipresent music in all the villages really put us in a fiesta mode. 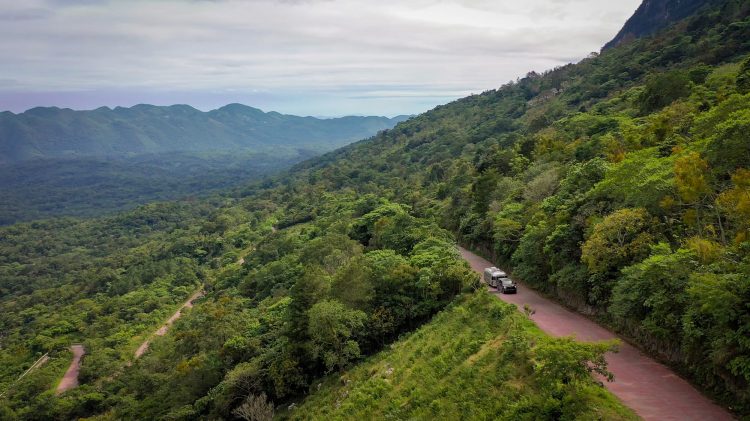 Our route took us from  Huatesca Potosina, in eastern Mexico, with its turquoise blue rivers in the lush jungle, to central Mexico and colonial cities like San Miguel de Allende, Guanajuato, and Guadalajara to end the trip with the exotic beaches of the West coast. 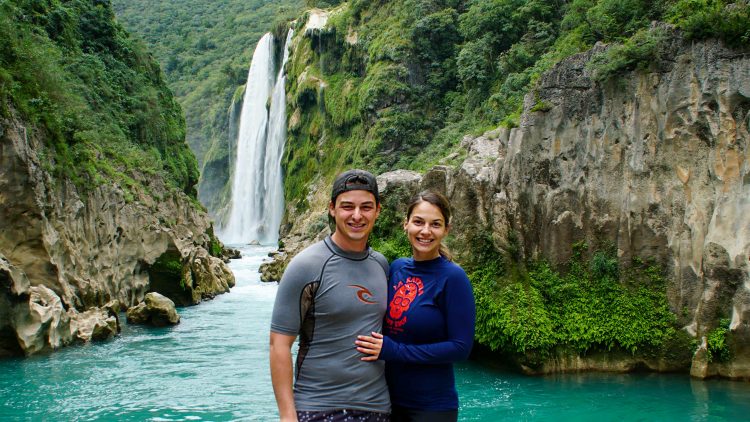 Even though we have been on the road full-time for almost 4 years now, we are not out of touch with reality. We are always on the lookout for news, both from home in Quebec, and international news that could have an impact on our next trips. 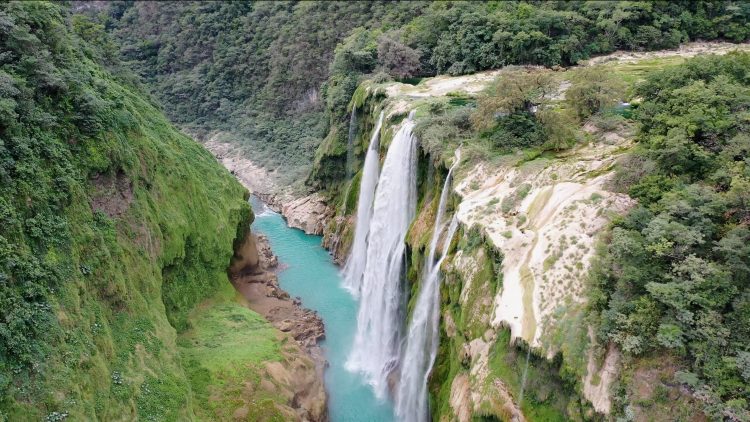 We had been following  the development of the coronavirus, which was starting to worry people around the world. We were far from thinking that it was going to completely change the course of our adventure in Mexico. We even made a Youtube Live video to talk with our subscribers about our desire to stay in Mexico, and continue our trip despite everything (that was March 14th).

At that time, there were no cases listed in Mexico.  It was announced that it mainly threatened the elderly, so we did not feel targeted and we thought we were almost invincible. 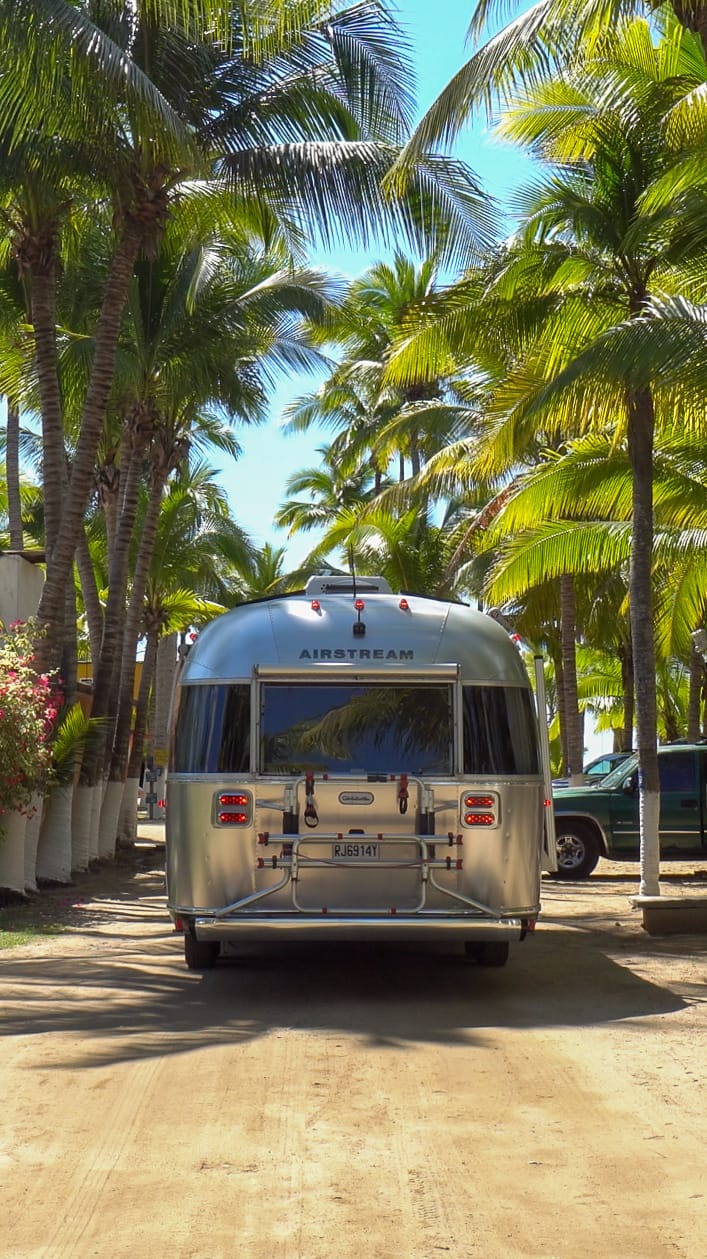 Day by day, the virus was growing at lightning speed and worried us more and more. Cases that affected young people, Italy was now in complete confinement and cases were starting to emerge in Canada and even some in Mexico. Meanwhile, we saw the glaring lack of proactivity of the Mexican government. Tourists kept arriving by thousands in Puerto Vallarta by cruise ship and by plane. There were no additional sanitation measures, we even saw an advertisement announcing that Mexico had almost no cases and that it was time to come and enjoy the beach in Puerto Vallarta …

We felt safe at our campsite, but we were starting to fear that the borders would close and that we would be stuck in Mexico for the next few months…

Then, our insurance company sent us a notice that we would have no coverage if we did not return home in the next 10 days.

The final blow was our Prime Minister Justin Trudeau’s press conference on March 16th. He mentioned that it was time for all Canadians abroad to go home. Valérie and I looked at each other and our decision was made, we were leaving.

Without even taking the time to think about it any longer, we got down to business, picked up our things and hitched the trailer to the truck. 15 minutes later, we were on the road.

A fifty hour drive straight to Quebec, where cold and snow was waiting for us… We were really disappointed to have to say goodbye to our initial itinerary and leave all these beautiful destinations on our bucket list.

When we hit the road with a goal in mind, we can drive at a crazy pace. We take turns exchanging the steering wheel. Vale drives at night, she has better vision than I do in the dark. I’m an early riser and I have the stamina to drive long distances during the day. We said to ourselves that we were not going to waste any time. 24 hours later, we arrived at the American border.

We were a little bit worried about crossing from Mexico to the United States… Will they let us pass? Are there new rules that will prevent us from continuing our journey back home? Once we cross this border, at least we will be assured of being able to enter our own country. 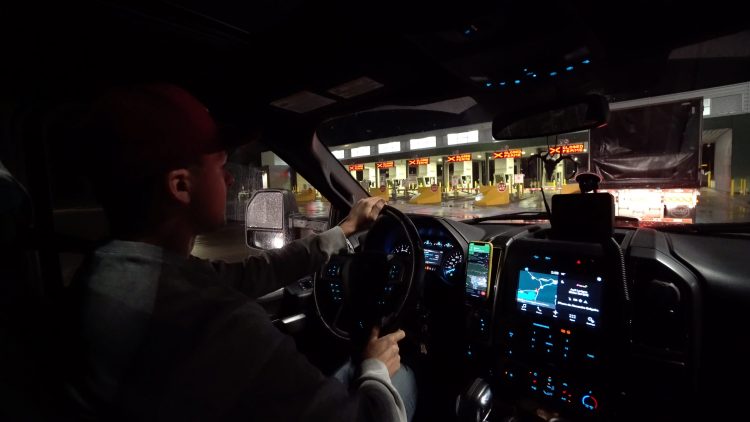 Upon arrival at the American border, surprisingly, there was not much difference, despite the rise of the Covid-19. Crossing went as smooth as usual. Little wait, few questions and we were already back on the road.

We took a break to sleep for the first time since we left in the parking lot of a Walmart in Texas. I also had to change the oil on my truck. After a complete disinfection of the truck’s cabin to make sure there wouldn’t be any contamination, we got back on the road again towards Nashville. It felt weird to drive on the same path we had taken last fall and to cross all the cities we visited for the last few months in fast motion.

We took advantage of one last night in warm weather before making a last big push towards Quebec. Next morning, I woke up to a totally deflated tire on the trailer. You could even hear a constant ‘’pchhhhiiiiiiitttt’’ of air coming out of the tire… I found a tire repair shop nearby and we went to get it fixed. I have a spare tire, but with the 2000km to go, I prefer to keep a spare and have the original tire repaired. We arrived at the garage and it was super quiet. The mechanic was Mexican, what a coincidence! He did honour to his compatriots, we were treated to prompt, courteous service and he was super friendly. 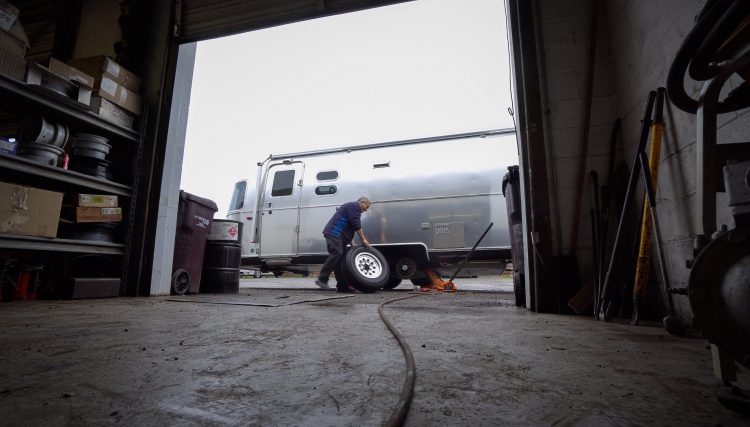 We were then able to hit the road safely and get to Quebec. We could see the outside temperature dropping on the screen of our truck. We were able to cross the border quickly and went straight to Baie-Saint-Paul in a cabin that belongs to Valérie’s family. This is where we were going to spend our two weeks of quarantine without seeing anyone to avoid the risk of spreading the virus.

For now, we remain optimistic that we will get out of this quickly! 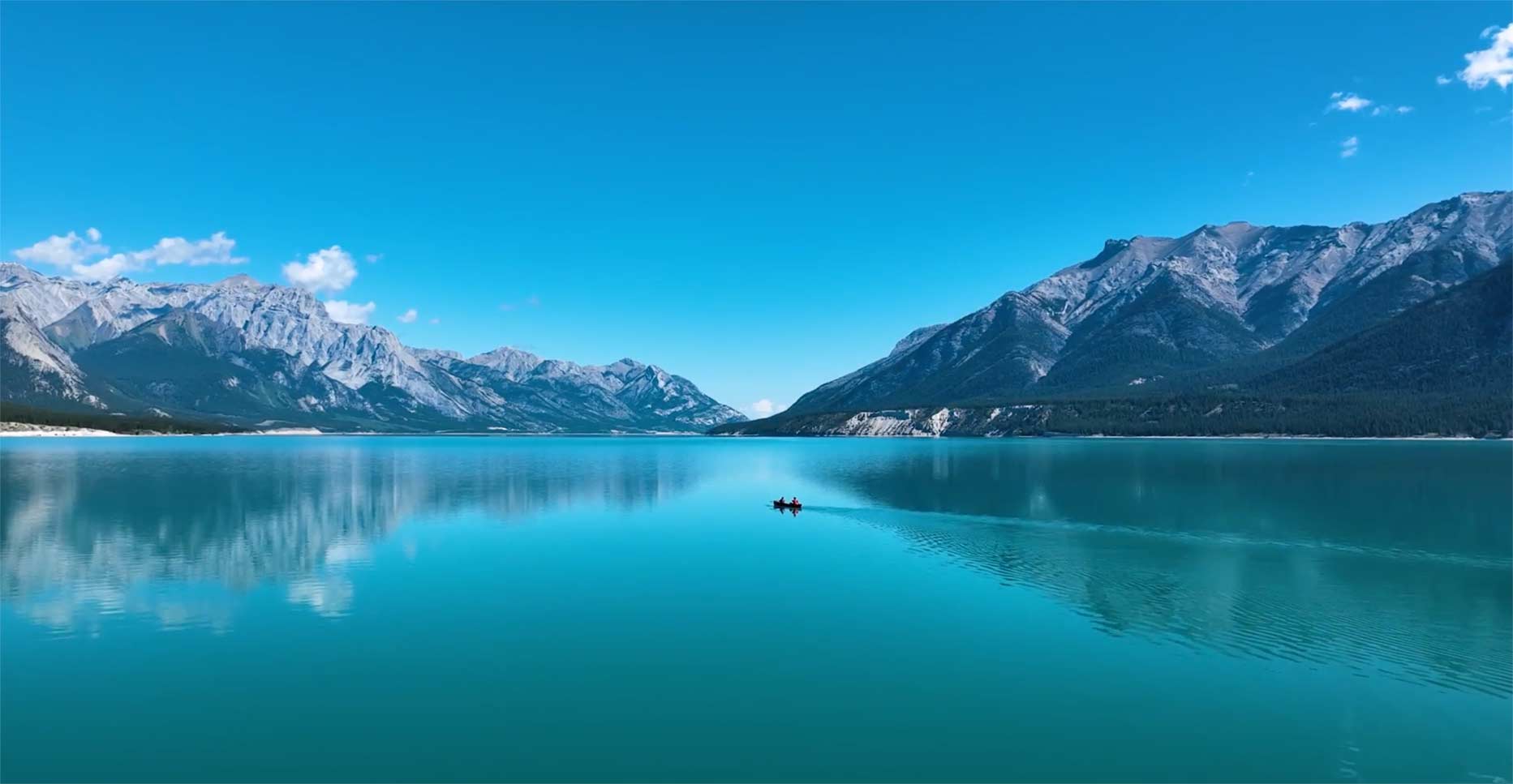 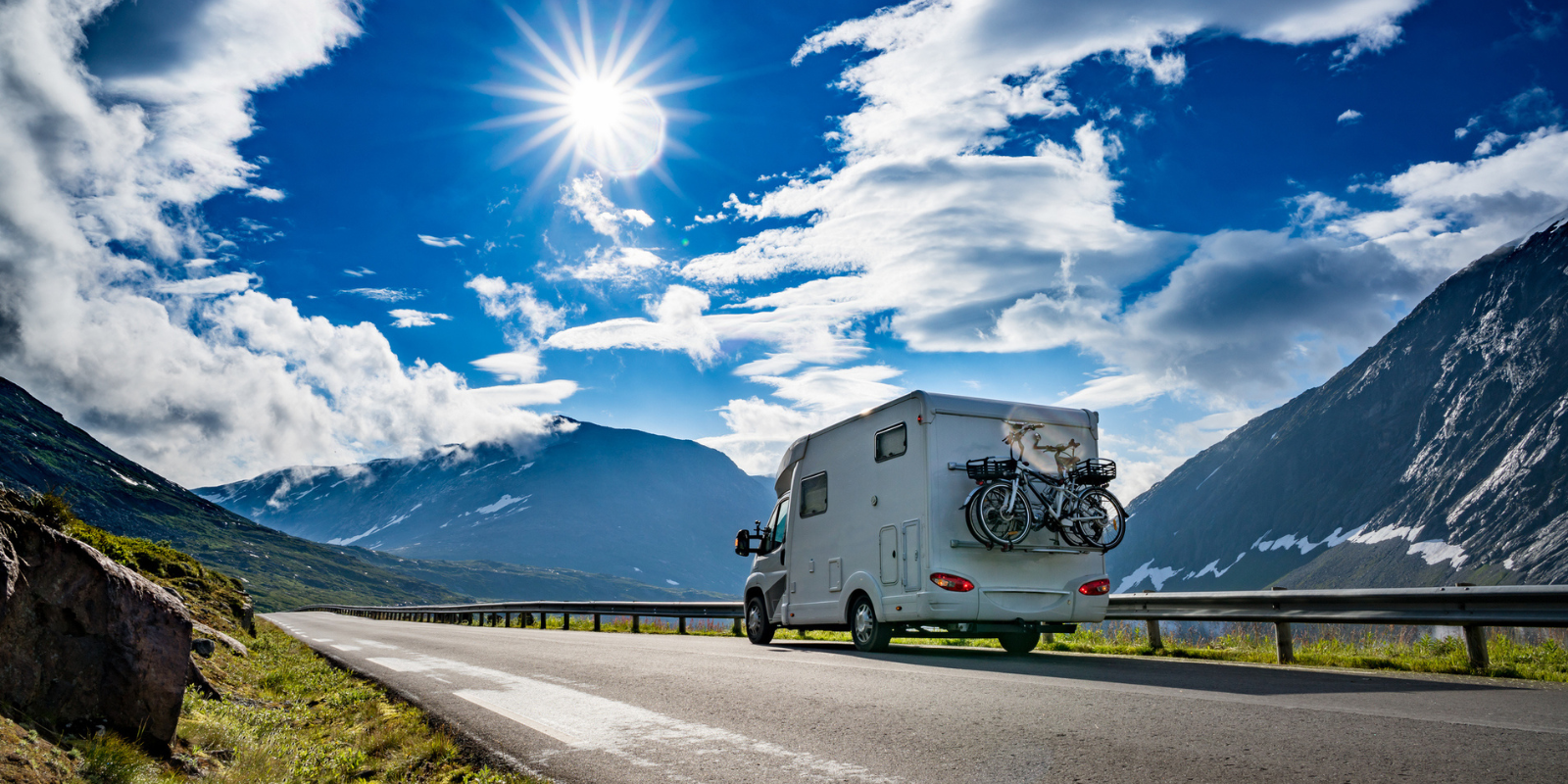